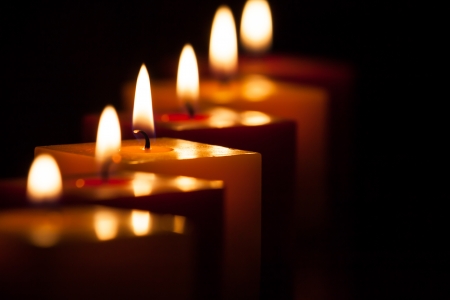 In accordance with Yeshua’s prayer that it would be “on earth as it is in heaven,” (Matthew 6:10), All Things Restored’s governmental structure consists of a Bench of Three (called a Beit Din) and a Bench of Seven.  This is an earthly picture of the Trinity in the midst of the Seven Lampstands, the Seven Spirits  of God who surround His Throne in heaven (Revelation 1:4, 12-13; Revelation 4:5).

Historically, every Jewish community was required to establish a Beit Din to decide any differences that arose in the community and to judge matters concerning money, thefts, losses, restitutions, immorality, new converts, and laying on of hands.  Any town large enough to support both a Beit Din and  a Bench of Seven could form a synagogue.

The number 10 in Scripture signifies government, and we see this pattern established first when Moses delegated his judicial powers, appointing “chiefs of thousands, hundreds, fifties, and tens,” reserving for himself only the most difficult cases (Exodus 18:13-22; Deuteronomy 1:15-17).

In Deuteronomy 16:18-20, we see that judges were established as the children of Israel entered the Promised Land:  “You shall appoint judges and officers in all your gates, which the Lord your God gives you, according to your tribes, and they shall judge the people with just judgment. You shall not pervert justice; you shall not show partiality, nor take a bribe, for a bribe blinds the eyes of the wise and twists the words of the righteous. You shall follow what is altogether just, that you may live and inherit the land which the Lord your God is giving you.”

We also see this Divine pattern in Genesis 18, when God told Abraham that he would spare Sodom and Gomorrah if He found “10 righteous men” there.

Beit Din literally means “House of Judgment” or “House of Justice.”  So we see that members of the Beit Din are to be well-schooled in the Word of God, so that they can function as judges, properly dispensing the justice of God.

The 5-fold ministry of Ephesians 4:11 is expressed through the officers of the Bench of Seven, as they govern their particular area and faithfully carry out the directions of the Beit Din.

Many believe that the early church maintained the structure of the Hebrew synagogue at first, simply adding the teachings of Yeshua.  The New Testament does not prescribe a particular pattern or form of church government, leaving us organizational freedom, as long His principles of morality, love and wisdom are followed.  We do see, however, from I Peter 5:2-3, that church government is not to be hierarchical or authoritarian in nature.  Rather, authority is given in order to love, serve, protect, govern and to be an example, as Yeshua was for (and of) us.

In 2010, the Holy Spirit spoke to us very clearly through a message by Ian Clayton that God inhabits the shadow that resembles Him.  So, two years later, when the Lord birthed All Things Restored, we knew that He was asking us to structure this ecclesia a little different than many churches today.  It has been gloriously challenging, yet we feel the the grace and the pleasure of God as we are growing and learning to build according to His blueprint.