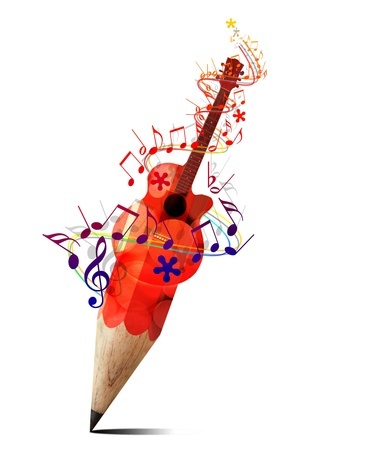 Singing and music from instruments is amplified sound wave frequency. Because the sound waves are amplified it creates a greater power for manifestation through the words and emotions that are a part of every song.

There are rabbis that believe, when God created the universe, He sang it into being. I believe that when the new Heaven and new earth are formed God and His sons shall sing over creation, amplifying the desires of the heart of The Father they carry in them, to release creation from the bondage of evil and renew and restore it back to The Father’s original intent.

Musicians, be aware of the amplified power you release when you worship from a heart that is truly connected to The Father. I honor you for the great gift that has been placed in you, and the responsibility you take in stewarding it. When you worship, you take territory and administer the Kingdom of God and its dominion to an earth that is in bondage and desperately wants to be free.

“And I saw a new heaven and a new earth: for the first heaven and the first earth were passed away; and there was no more sea.”
Revelation 21:1 KJV

“For the earnest expectation of the creation eagerly waits for the revealing of the sons of God. For the creation was subjected to futility, not willingly, but because of Him who subjected it in hope; because the creation itself also will be delivered from the bondage of corruption into the glorious liberty of the children of God. For we know that the whole creation groans and labors with birth pangs together until now.”
Romans 8:19-22 NKJV