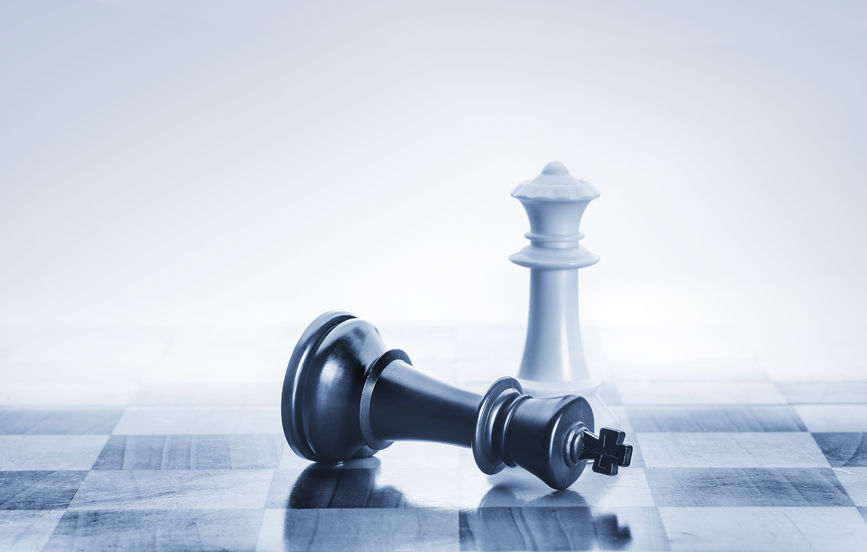 In a recent encounter, I saw myself sitting at a chess board, and I knew that I represented all the sons of God on the earth. The Father, Yeshua and Holy Spirit were standing behind me, as One and as Three. The Father’s face was flashing Lion, Eagle, Ox, Man… Lion, Eagle, Ox, Man… Their arms reached through me as one and, through my hands, moved the pieces on the board. Some pieces were angels and heavenly beings, and I moved them as I commanded them. Some pieces were Living Hebrew Letters, and I positioned them as I echoed the Father’s words into the earth. Some pieces were high ranking spiritual beings, and those belonging to my invisible “opponent” were displaced and replaced by heavenly princes as God’s sons occupied and stewarded the mountains of earth. At first, the Father just moved my hands according to His brilliant plans and designs, and I did not really understand the strategy. I was just being moved by Him and being led by His Spirit. But as I continued to play (and mature), His mind became my mind, and I began to understand complex strategies and to anticipate complicated moves. It was the “manifold Wisdom of God,” which outmaneuvers the opponent every time!

…there is a wisdom that we continually speak of when we are among the spiritually mature. It’s wisdom that didn’t originate in this present age, nor did it come from the rulers of this age who are in the process of being dethroned. Instead, we continually speak of this wonderful wisdom that comes from God, hidden before now in a mystery. It is his secret plan, destined before the ages, to bring us into glory. None of the rulers of this present world order understood it, for if they had, they never would have crucified the Lord of shining glory.
I Corinthians 2:6-8, TPT

I specifically saw that systems were being dismantled and new systems were being put in place, and I knew this was starting with the very complex religious system that permeates every part of this fallen world system. We have moved out of the age of religion and into the age of the outpouring, and as these religious structures are dismantled, His glory will cover the earth! We (God, His sons and all His servants) are establishing a godly system of 24 – heavenly government (12) expressed through earthly government (12). And it will be built upon the foundation of His name, YHVH.

For several years, we have been in a “Psalm 2” season, a time when we have urged ones occupying positions of illegally gained power to “kiss the Son.” This morning, I saw that the ones who did not heed that admonition, like Haman, the villain in the book of Esther, will be hanged on the gallows they themselves have built.

We are living in unprecedented and exciting times. The religious system is fading away, and this is the sons’ time to shine, as we arise in kingdom authority. The decade that prophet Bob Jones prophesied as being about “the rest of God” has truly begun with a Sabbath. It is a time to breathe in, remembering that rest is a weapon. This season of not physically meeting together is meant to be a classroom where we can practice functioning as the spirit beings that we really are, learning to connect with one another in spirit and in soul… outside of the confines of the human body. Say to yourself… I was born for such a time as this!

An All Things Restored governmental group of 10 is still meeting live on Saturday nights at 7 EST, and we invite everyone else to join us via livestream on our Facebook page. Someone will be monitoring Facebook comments real time, so that we can continue to move together as one body. It is both a time of peace and a time of advancement, as we…

…go out with joy, and be led out with peace; The mountains and the hills shall break forth into singing before you, and all the trees of the field shall clap their hands.
-Isaiah 55:12, NKJV