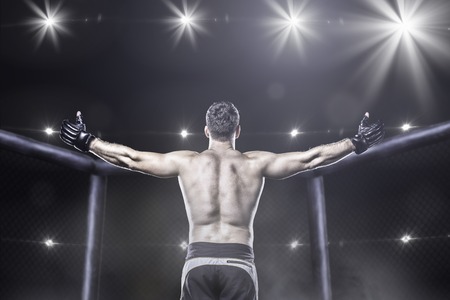 The breakthrough usually comes within the process, whether we have recognized the process or not.  The process builds the framework to steward the miracle.  And God determines what our process is, according to what is needed in our lives.  It is “possessing our land.”

The process always involves faith (Hebrews 11:6), for that is the starting point and the channel through which the breakthrough flows.  Persisting in prayer as we wait for the manifestation of our breakthrough does not change God.  It changes us.

Our process must be God-initiated, or we will end up striving or trying to earn something that has been freely given to us in Christ.  His yoke is easy and His burden is light because, when He initiates something, He alway releases ample grace to respond in obedience.  Such is not the case with a religious yoke – the Pharisaical heavy burden.  So, just because God worked in a particular way with one person does not mean that He will work that way in another.  We must not forget to simply ask Him and listen for His instructions for us.  This is walking in humility and total dependence, rather than in presumption.

Because we do not see from God’s perspective, we often do not understand what is actually happening during those times of waiting.  During those 15 years between when God promised Abraham descendants and when that promise actually manifested in the earth realm, God did in Abraham and Sarah what would enable them to faithfully steward their child of promise.  First, God changed their names – their identities – from Abram (Noble Father) and Sarai (Princess) to Abraham (Father of Many) and Sarah (Mother of Nations).  Then, Abraham was circumcised – a sign of God’s covenant, a death to self and the works of the flesh.  Ismael was conceived in uncircumcision, but Isaac, the son of promise, was conceived in circumcision.  Without these 2 things taking place, Abraham would not have been able to lay Isaac upon the altar, as he would have selfishly clung to what He wanted, desperate, because he was not confident in his identity as the Father of Multitudes.

Because we know the end of the story, we see that God was waiting until Abraham was ready and able to raise Isaac according to His standard.  “For I have known him, in order that he may command his children and his household after him, that they keep the way of the Lord, to do righteousness and justice, that the Lord may bring to Abraham what He has spoken to him.”  (Genesis 18:19).

Often we think we are ready to steward the promises, only to look back later and see just how ready we weren’t.  Understanding the Divine purposes for waiting will help us to fully yield to what God is doing in our lives during the seemingly pointless seasons.  For, the greater the promise, the greater the resistance.  It will help us not to “grow weary in well doing,” knowing that, in due season, “we shall reap, if we faint not.” (Galatians 6:9).